Goals: This proposal aims at taking advantage of cooperative sensing strategy using multiple AUVs working as a group, by using a particle filter algorithm for Terrain-Aided Navigation (TAN) in the case where distributed sensing over two vehicles is available and tackle two specific cases that are labeled opportunistic and cooperative TAN. The main objective of the 63 project is to experimentally assess the performance of the algorithms developed for opportunistic and cooperative TAN with two AUVs. A third vehicle, operating as an ASV and equipped with an USBL system and RTK GPS, will measure the positions of the AUVs for ground-truthing purposes.

The actions planned in the scope of this activity took place during a long and fruitful period of intensive collaborative conceptual and experimental work aimed at executing the TNA involving NIO and IST that focuses on so-called opportunistic (cooperative) terrain-based navigation. The activity culminated with a final joint event organized in two parts: i) a seminar where both parties revisited the collaborative work done towards the design of cooperative terrain based navigation systems and the modification/upgrading of existing AUVs of the MEDUSA class in preparation for experimental tests, followed by hardware in the loop simulations, real time navigation system implementation, and field tests over a period of several months and ii) a series of tests in the water demonstrating the different phases involved in the launching, automatic operation, and retrieving of two AUVs equipped with echosounders and inter-vehicle communication/range measuring devices for terrain-based navigation. In the end, this was an extremely interesting event that counted with the participation of a large group of researchers, undergraduate, and graduate students from both institutions. In the final field trial, we tested and assessed the performance of a cooperative terrain-based navigation system developed and implemented jointly by the DSOR group at IST Lisbon and NIO that is rooted in and extends theoretical work done by both institutions on the general topic of geophysical based navigation using nonlinear filters [1, 2].
The opportunistic TAN problem can be briefly summarized as follows (see Fig.1) : given the kinematic models of two underwater vehicles AUV1 and AUV2 and a bathymetric map of the area of interest, estimate the inertial position of AUV1 by complementing proprioceptive dead-reckoning and altitude (above the terrain) data with measurements of the distance between AUV1 and AUV2 (using a range measuring device), and altitude measurements r12 obtained by AUV2 sent over a communication link. We stress that in this context AUV2 does not send its position to AUV1, but only its altitude above the bottom.

The following relevant sensors and acoustic devices were also used:

The site where the last series of experimental tests were performed is a very shallow body of water next to the Tagus river with an area of approximately 300m x 200m located at Doca dos Olivais - Parque das Nações (38.765 ◦ N , 9.093 ◦ W ), in Lisbon. A prior bathymetric map of the area was obtained with a multibeam sonar and by interpolating the data on a regular grid with 0.5m spacing. The topography of the site, shown in Fig.3, is very smooth and often devoid of significant features, except on the boundaries and in the Northern part of the site where a ramp facilitates the access to the water. This is definitely a scenario that poses considerable challenges to terrain based navigation and is especially fit for our experiments of cooperative opportunistic navigation.

Preliminary analysis of the motion and navigation-related data acquired show that the vehicles performed their missions successfully, thus showing their usefulness as excellent testbeds to investigate new types of navigation algorithms. The IST and NIO teams are currently performing an exhaustive analysis of the performance achieved by resorting to previously developed nonlinear Monter Carlo filtering methods, and comparing it against theoretical Cramer Rao Lower Bounds (CRLBs) that set a lower bound for navigation performance that can possibly be achieved with any unbiased filtering structure. The results will be the subject of a joint article to be submitted to a peer reviewed journal.

Zoom Seminar and Remote Participation in the Final Experimentation Phase.

Figure 4 capture both the Zoom Seminar and the remote sessions that afforded the partners in India the possibility to interact with the IST team and follow the state of progress of the AUV missions by watching both the Mission Console and the vehicles in the water (video images captured off a support boat using a cellular phone).

Publications: The dissemination of the results obtained will be done via scientific publications in one peer reviewed journal and in international conferences, using the webpages of the NIO group and through a number of activities aimed at making this area of research known to key Indian governmental institutions and companies. It is further planned to use the results as material to be presented during an upcoming Marine Robotics School in Goa, India, in 2022 (should the CoVid situation permit it) in the footsteps of previous very successful editions co-organized by NIO and IST. 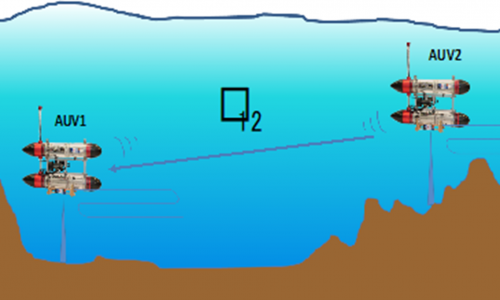 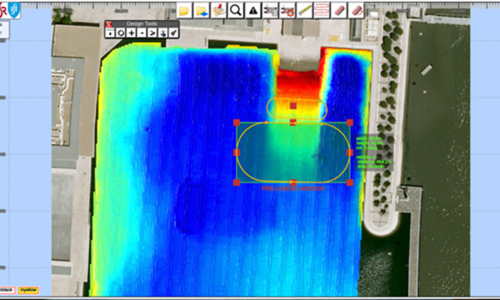 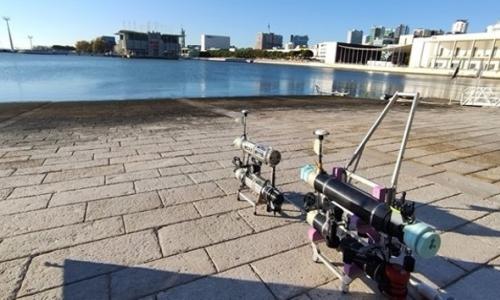 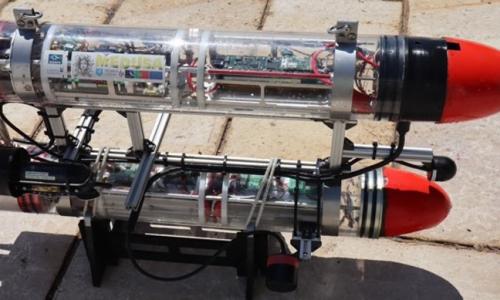 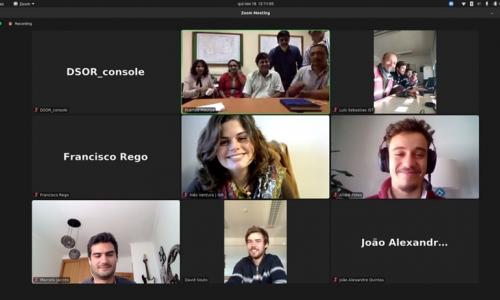 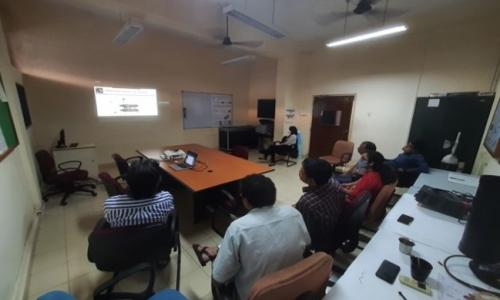