Goals: The main objective of 3DHAB consisted of the detailed mapping and characterization of the vertical seafloor habitats hosting cold-water corals (CWCs) in Blanes Canyon (NW Mediterranean), using the mapping tools offered by the hybrid remotely operated vehicle (HROV) Ariane. This task was part of the research activities planned to be conducted onboard the R/V Sarmiento de Gamboa, linked to the ongoing Spanish project ABRIC (Assessment of Bottom‐trawling Resuspension Impacts in deep benthic Communities), led by the Principal Investigator who submitted this TNA proposal.

and overhanging submarine canyon walls and on acquiring photo‐mosaics in this type of complex topographies. As part of the 3DHAB and ABRIC projects, and during the first leg of the ABRIC‐1 cruise onboard the R/V Sarmiento de Gamboa, the H‐ROV Ariane surveyed and mapped three study areas in Blanes Canyon susceptible of hosting CWCs. Two sites, the ones that were originally planned in the 3DHAB proposal, located on the canyon head and surrounded by fishing grounds, and a third one located on the eastern canyon flank, away from fishing grounds (Figure 30). Most of the diving time was devoted to map the seafloor (investing 2 days on each area), and the time for photo‐mosaics were limited to short trials at the end of two specific dives. Based on the mapping capabilities of the H‐ROV Ariane, the survey lines were separated ~130 m among them, and the MBES was mounted in a 45º configuration (Figure 30A). This configuration allowed to map both the flat terrains on the canyon axis and terraces, and the vertical and overhanging canyon walls. The H‐ROV navigated at ~40 m off the bottom in the flat areas, and as it approached the vertical sections of the canyon flank, maintained the same distance off the canyon wall, using the frontal sonar as a reference. In this way, the swath coverage was maintained relatively constant throughout the surveyed line. The acquisition software allowed to visualize in real time the surveyed areas (to avoid gaps) and see on the same screen, in a 3D point cloud terrain model, the current position of the H‐ROV and the weight containing the electronics . This was a novel and very useful ability for this type of scientific exploration. The preliminary processing of the acquired multibeam data allowed to grid the digital terrain model at 40 cm. During the photomosaic trials, the H‐ROV navigated at ~5 m off the bottom, acquiring at the same time multibeam data at much higher resolution. 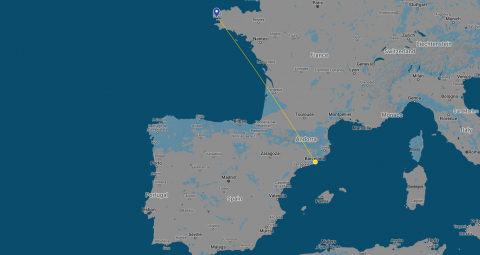 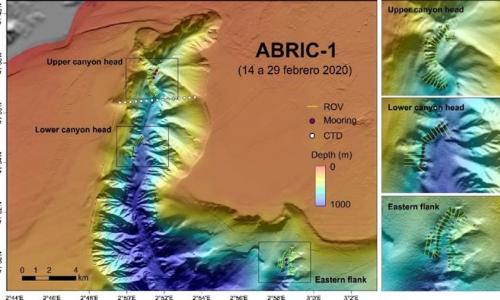 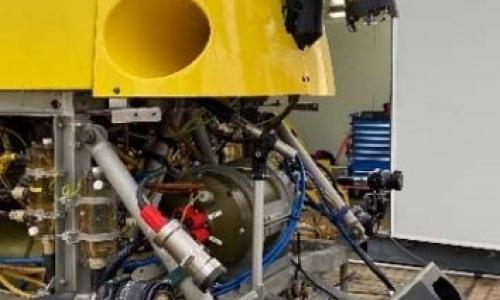 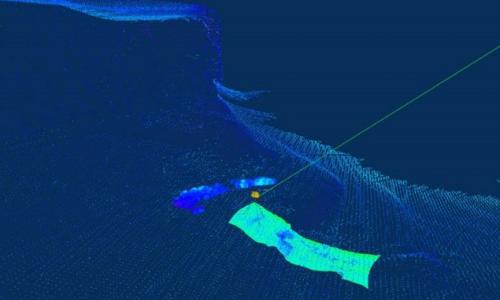 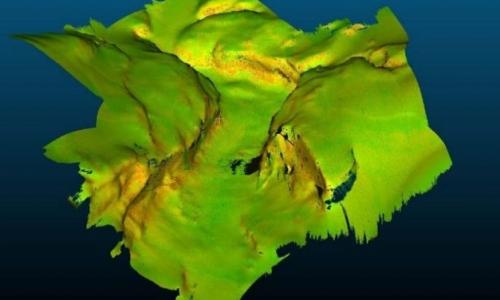 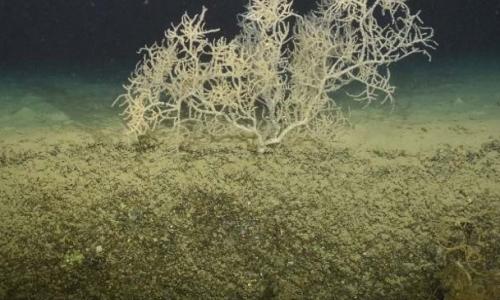 The dissemination plan of this project mainly includes the presentation of the obtained cruise results in scientific meetings, via conference presentations, invited talks, seminars or workshops, and their subsequent publication in specialized scientific journals. Additionally, the activities and results of the ABRIC & 3DHAB cruise were disseminated to the general public and the social media through the Twitter account @ABRICProject. The dissemination of the 3DHAB results will also address the various stakeholders supporting the ABRIC project (i.e., NGOs, fishermen guilds and policy advisors and decision‐makers of the fishing sector).