The automaton, developed in 2013 by the University of Florence, was used in a study conducted by an Italian-German team, part of the European project EUMarineRobots and aims to estimate the amount of CO2 present in the sea.

The autonomous underwater robot FeelHippo has carried out an experimental exploration in the sea, in Vulcano, in search of carbon dioxide. The automaton, developed in 2013 by the University of Florence, was used as part of a study conducted by an Italian-German team that is part of the European project EUMarineRobots, in collaboration with the major marine robotics experts of the most important European universities . The initiative aims to optimize research by fostering the collaboration of universities, through the sharing of their technologies.

The University of Florence is part of the ISME (Interuniversity Center for Integrated Systems for the Marine Environment), an institution that includes 9 Italian research centers working to design technologies for the underwater environment.

The experiment, conducted by ISME experts from the University of Florence and the Jacobs University of Bremen, aims to map the carbon dioxide bubbles in water, associated with negative effects on underwater biodiversity. 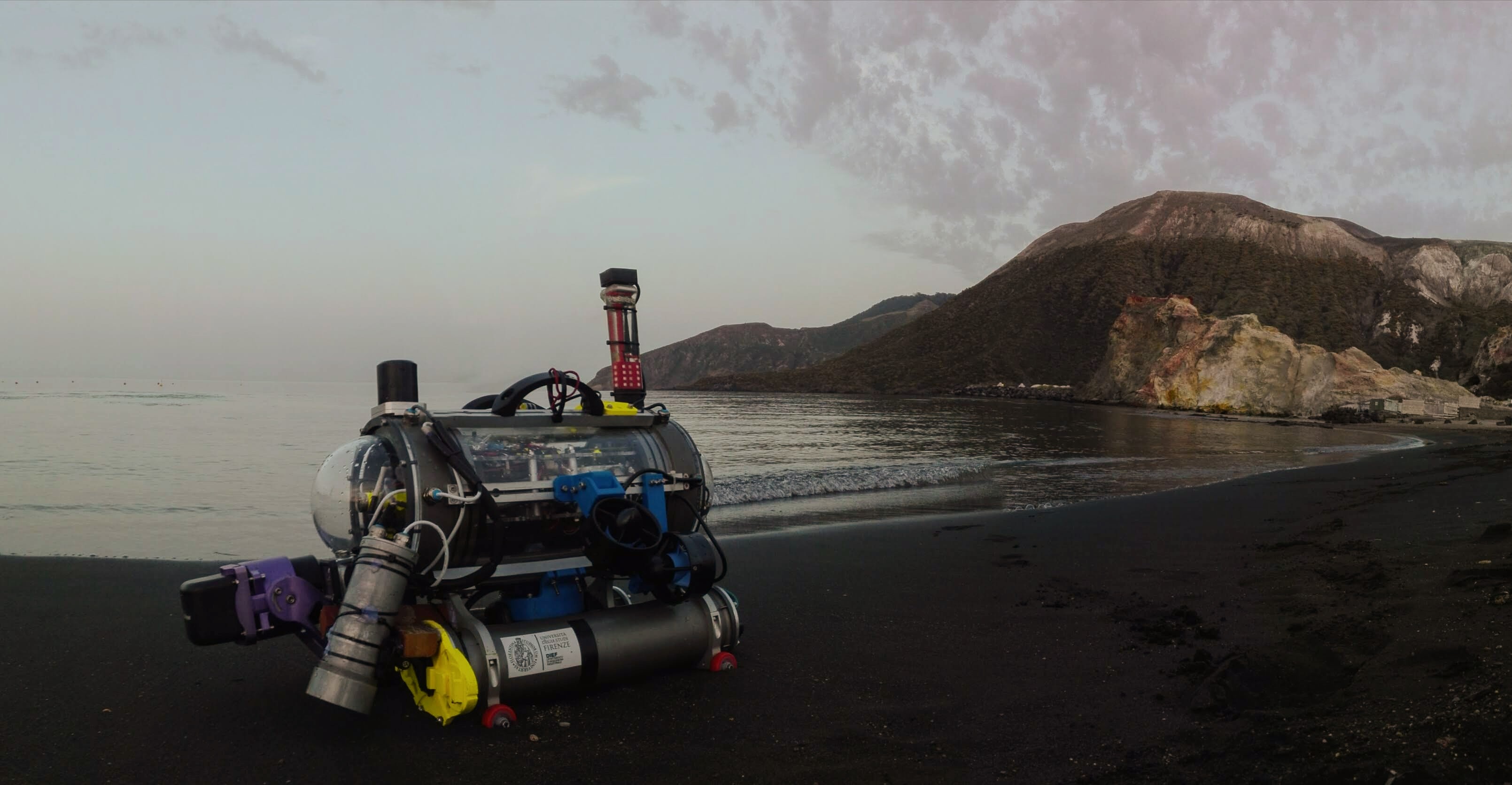 FeelHippo is a robot particularly suitable for this type of experiment as it includes both cameras and sonar and has been designed to probe the seabed.

"Until now the measurements had been entrusted mainly to divers equipped with cameras, able therefore to report very rough estimates, and only in relation to marine environments accessible to man", explains Alessandro Ridolfi, an expert who is part of the ISME of the University of Florence. "We therefore made a first experiment with our underwater robot FeelHippo, a vehicle able thanks to the same technologies to map CO2 bubbles in water".

The integration of sonar is fundamental to measure the amount of carbon dioxide present in the sea, as the robot is able to 'count' the CO2 bubbles, depending on the number of 'echoes' it receives in response to the launch of the waves acoustic. The waves when they encounter a gas bubble generate a distinctive "reflection" acoustic phenomenon that is easily recognizable by FeelHippo, who is thus able to number the bubbles.

"In this project we are collaborating with a team from Jacobs University composed of engineers, biologists and geologists, who can then use the data collected by FeelHippo to study the impact of acidification produced by carbon dioxide on the marine environment," explains Ridolfi .

Free translation of the article published in https://tg24.sky.it/scienze/ricerca/2019/07/03/robot-feelhippo-cerca-anidride-carbonica-mare.html

More article in the pages below.